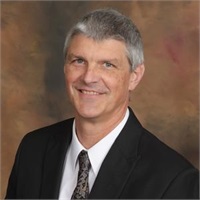 Mark is a Registered Representative based in Albert Lea, MN and joined ISC in 1995. He was born in Munich Germany and spent his years growing up in Minnesota. He lived in Fairmont, Sleepy Eye, and Marshall.

Attended four years at Augustana College in Sioux Falls, SD and graduated in 1983 with a BA. Drafted by the Indiana Pacers, played Professional Basketball in Sweden and Germany from 1983-1995.

Mark has been employed at ISC since returning to the United States in 1995. Mark is married to Karen and has two children, Annika & Alik. In his spare time he enjoys fishing, playing basketball and spending time with his family.